Cannabis is a complex plant with a long history of demonstrated applications.  Many people have heard of THC (tetrahydrocannabinol) and know that it’s a psychoactive component in the marijuana plant.  Now that the medical use of cannabis (especially cannabidiol, also known as CBD) is getting more media attention than ever before, increasing numbers of people are open to learning about this powerful medicine.  As Mother Nature’s Remedy is committed to staying at the forefront of the medical cannabis community, we are blogging to provide current information to our beloved members.

Dr. Jeff Raber earned his PhD in Chemistry from the University of Southern California.  He and his team run The Werc Shop, an analytical cannabis testing lab in Los Angeles.  Dr. Raber has traveled the world attending and speaking at international cannabis science events, and he is dedicated to furthering everyone’s understanding and fundamental knowledge of the sustainable medication provided through the use of Cannabis sativa L. derived products.  We recently had the opportunity to interview Dr. Raber about cannabinoids, concentrates, testing and more for  MNR’s blog.  This is the first installment in a series to share some of the information provided by Dr. Raber.

Dr. Sanjay Gupta recently began speaking out about the medical applications of cannabinoids on CNN, citing incredible efficacy in treating seizures, spasms and other conditions.  Cannabinoids occur naturally not only in the cannabis plant, but also in the bodies of humans and animals.  The first human endocannabinoid was discovered in 1992.  Given the confusing illegality of the cannabis plant, there is still much to learn about the roles plant based cannabinoids play in human health.  What we do know is that recent research work by Dr. Yosef Sarne has demonstrated micro-doses, fractions of a milligram, of CBD taken only once demonstrated neuroprotective effects with rodents which were observable even 28 days after the single micro-dose administration.  The research on CBDs is sparse, to say the least, but according to Dr. Gupta and a growing group of patients, CBDs provide relief virtually unheard of from pharmaceutical sources.  Perhaps that’s why the US  government has a patent on the use of cannabinoids as tissue protectants and antioxidants.

We learned from Dr. Raber that another important aspect of the cannabis plant for health and wellness applications are called terpenes.  Terpenes are a large and diverse class of organic compounds produced by a number of plants including cannabis and some insects such as butterflies. Terpenes are the primary constituents of essential oils, and give each cannabis strain its unique flavor and aroma, as well as potential health applications.
While many people have heard of THC, what most might not know is that THC is a cannabinoid.  Each strain of cannabis has its own unique cannabinoid and terpene profile, and THC content.  The complexities of using cannabis for heath applications are made more vast given that the human endocannabinoid system is a fairly new discovery.  We do know that endocannabinoids are crucial for bioregulation, and that scientific evidence suggests that cannabinoids play a role in insulin sensitivity, inflammation, metabolic syndrome, and may be a cure for chronic neurologic and immune conditions and beyond.

According to Dr. Raber, it appears that the right mixture of cannabinoids including THC, along with unique terpene combinations, works for specific conditions and may be unique to individuals based on their body chemistry, medical conditions and endocannabinoid systems.  While there is a lot of press at this time about CBD versus THC, we  consider both to be important wellness interventions.  While many children suffering from life threatening seizures may benefit from being given cannabis, parents may be hesitant given the psychoactive nature of THC.  We are developing a line of CBD rich medicine to accommodate patients needing the health benefits of CBD with minimal THC, however we would like to mention something else we learned from Dr. Raber – that science shows that even 1/10th of a milligram of THC has a neuroprotectant effect for up to 28 days.
As Dr. Raber said, “Cannabis is a complex plant,” and we at Mother Nature’s Remedy believe that nature got it right.  The specific health applications of cannabis may be virtually unknown, but millions of people report using the plant for a countless number of purposes. As more research becomes available, even more people will take advantage of this wonderful gift from Mother Nature.

Since each strain of marijuana has its own unique properties, and each person has his or her own specific biochemistry and needs, it’s important to find out what works for you. MNR is working closely with scientists to identify healing opportunities so we can better serve patients.  We are also committed to testing our medicine to ensure it is free of pesticides or other contaminants.  In the spirit of discovery and community, we want to hear from you! Please let us know which strains produced what effects, and how it helped you!
Our series of cannabis science blog posts will continue with our next installment from our interview with Dr. Raber from The Werc Shop about concentrates.  Please follow us on Facebook and Twitter, and check back soon and share this with your friends!
Love,
Mother Nature’s Remedy 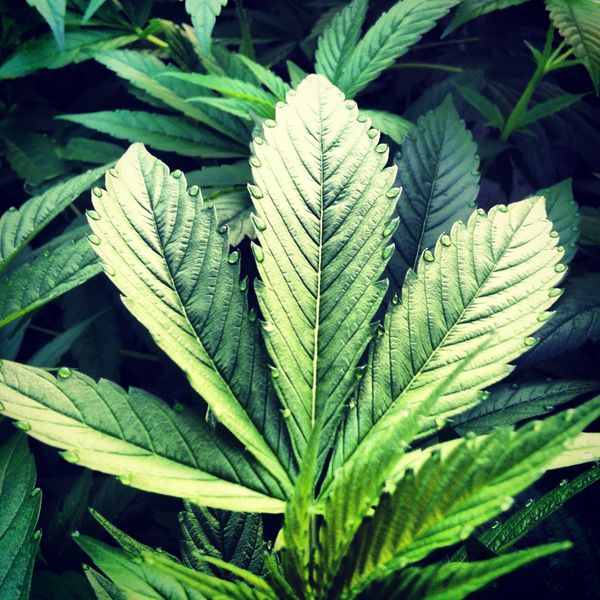 © 2022 MNR Coop. All Rights Reserved. Built with ♥ by myCannaBiz